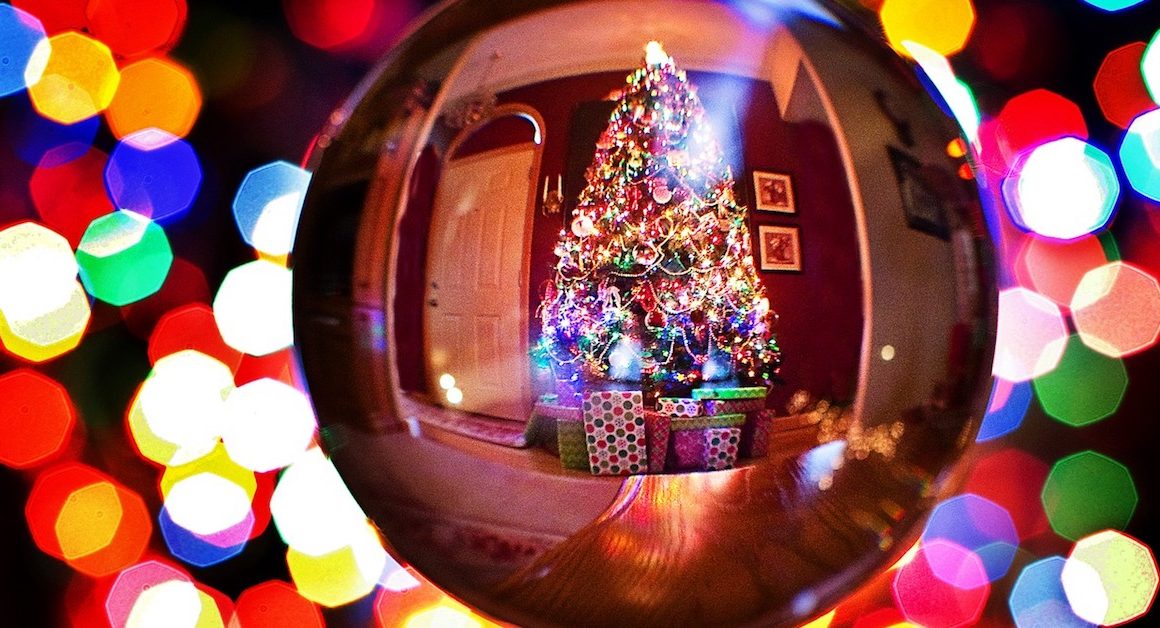 Christmas time in our family was not just family time, but family was perhaps the biggest part of it. Anybody who was facing Christmas alone was invited as family because ‘nobody should have Christmas alone’. Sometimes our Christmas’ were so big, we’d have extended family camped outside on the lawn and showers had to be rationed to keep the hot water available for the countless bodies that needed to rotate through it. Sometimes it was quieter, with the minimum being about 9 or 10, but that didn’t happen too often.

As a child, teenager and young adult, Christmas always included cousins. Surrounded by so many kids, Christmas morning was a force to be reckoned with. Talk about Christmas spirit! The energy was amazing, especially as everyone tried (but pretended to try not to) wake everyone up so we could dig into those presents that Santa had left us under the tree or in our stockings!

It was inevitable that Christmas time would taper down as cousins got married and had children. It wasn’t something we were saddened by, especially because my nephew was one of the first grandchildren to be born. It was an expected phenomenon. So after some years of a somewhat modified Christmas spirit with just adults, it soon became the ‘awe and wonderment’ that mum used to admire in children again.

Then along came my son. As a family, we watched as my son and his only cousin embraced the magic of Christmas. And it all came alive again! The sheer excitement, the early morning wake-up, the ripped Christmas paper. The days and days enjoying the gifts they had received. It was all reliving that amazement of Christmas. Together with the family traditions: chicken and champagne breakfast while the kids opened the presents with delight, a cold meat and salad lunch (as our great uncles had not been able to eat a hot dinner when they fought in the war at Christmas time),  followed by a lazy afternoon digesting the feast, Christmas never failed to satisfy my sense of family and belonging.

A tragedy with traditions

In the middle of the December before she died, mum was air lifted to Geelong ICU in a critical condition. So close to losing her, our entire family (extended included) took turns sleeping at the hospital with someone always by her side. With a very slow recovery, it soon became obvious we would be spending Christmas in Geelong. So my husband and I made a trip back to Melbourne to grab as much cooking equipment and as many Christmas decorations we could fit in the car as my father, sister and our families crammed into a cabin in Geelong for the week.

Even in the midst of the chaos, we managed to have our traditional Christmas. The family was together. And although mum missed out on seeing the kids open most of their presents, we took some unopened presents into the ICU so she could watch them open some in her delicate state so she could share in the spirit of our family Christmas.

Thinking back now, although mum was literally fighting for her life she didn’t seem phased about the fact it was Christmas at all. She even seemed to not want to make a fuss in the hospital with the kids opening their presents. (That could have been due to the fact we had to get special permission to have seven of us in the ICU with her when the limit was two.) But even after she recovered, she never mentioned being sad about missing it. Perhaps that should have been my first inkling to the need for change.

The year after mum died, I agreed to join my sister and father in Bali for Christmas. In my sister’s words: to ignore Christmas for a year. This was because, frankly, it was hard to know how to feel about Christmas without mum. This, perhaps, should have been my second inkling to the need for change. At a resort in the middle of Kuta (not my ideal holiday destination, I’ll admit) we ate our Christmas lunch in a hot, packed room, watching people entertain us.

That Christmas lunch I was in agony. I cried so many tears that lunch. I sat in silence with tears streaming down my face as I felt the absence of my mother. It felt like torture: unable to run, unable to hide, unable to express and share my grief in a room full of strangers. The saving grace that year was the fact that my son and his cousin were together Christmas morning. Opening their presents with such excitement. Sharing one by one all the goodies that had been left for them. And discovering the half-eaten cookies, milk and carrots. That and my family was together. The spirit of Christmas was still with us.

A return to traditions, or not?

Last year we were back to traditions. Everything the same as it had always been. My father, sister and our families were together. There were people who joined us from other families who were spending Christmas alone. And of course, there was far too much food. The icing on the cake was the kids on Christmas morning – a treasure to watch.

But now I’ve come to realise that these were mum’s traditions. I was forced into a position where I had to look seriously at why I’ve become so attached to these rituals for Christmas to have any meaning at all. Being pregnant and trying to keep the family together during times of stress is… well… simply not my job. The inklings started sinking in.

So my question is: should traditions be allowed to die a natural death? Do we cling to them for the right reasons? If I was to start afresh, with no attachment to years gone by what would Christmas look like to my family and I? These are the questions I’ve been asking myself this week and with my kinesiologist. And when I think about it, Christmas that is true to my values, as opposed to my mum’s, would be drastically different to those old traditions.

This is what my ideal Christmas would entail with no attachments to the past. Or shall I say, these are what I would like to hold dear about Christmas or change about Christmas that adheres to my values.

Recently I was talking to my father how our spirituality differed. Much to our surprise, our beliefs were rather similar. However we differed on one aspect. He wholeheartedly believes there will come a time when he will rejoin mum in the afterlife. I can see why he believes this and holds onto it dearly. It’s very clear to me that meeting mum on the other side is dad’s glimmer of hope and ‘reward’ for going on without her.

However my perspective is very different. I believe that once we pass on we become of aware of more than we could ever imagine in this human world. I believe we are instantly at peace. We are in a place of love and knowing and we have no need for attachments to earthly things, ideas and, indeed, souls. And fundamentally, I believe we join a collective soul and therefore there is no need for attachment. I could be wrong. After all, we’re all just guessing at this stuff (well most of us are – some people have been there briefly).

So in line with my beliefs, it has become starkly obvious to me that mum really wouldn’t care less about traditions now. She wouldn’t have attachments to them, so why should I? Why am I clutching onto them? Why am I not reflecting on what serves my family and I best right now, in this moment? And why am I not being true to my deeply held values in favour of old traditions?

Now I know I need to change. Not just for me, but for my family. All my life I have thought differently to everyone else. I’ve questioned how I do everything. And strangely this is the first time I’ve questioned traditions. The grief of mum dying was tied up in those traditions and separating them out was no easy task. But I’m seeing the other side and finding new ways to honour her memory will be my new direction.