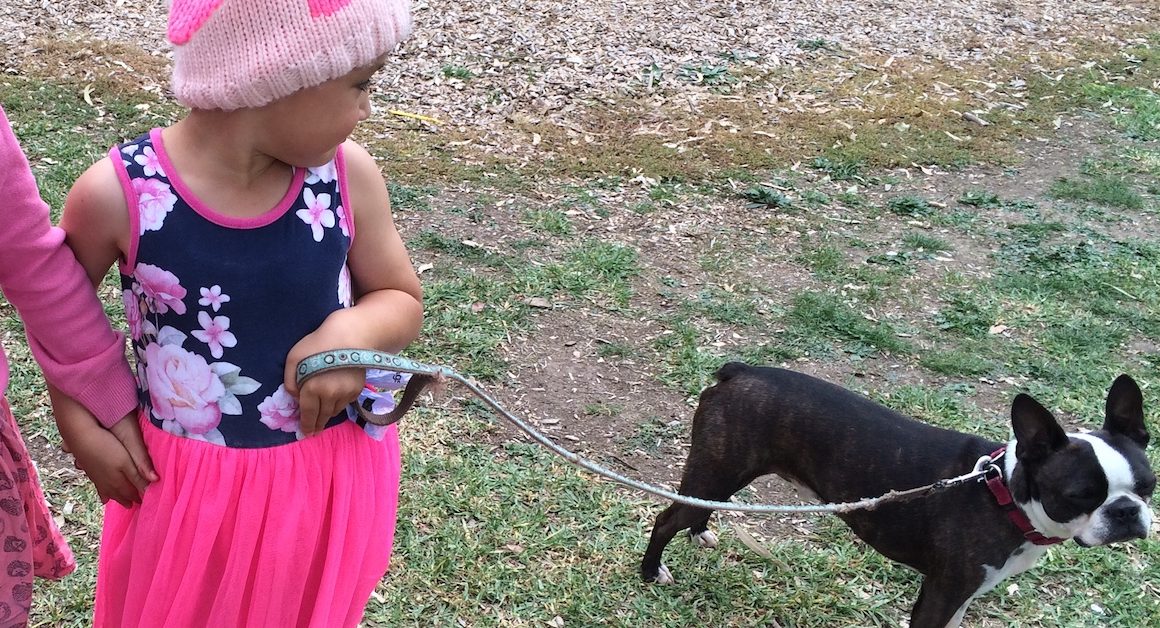 My 4 year old loves dresses. He loves dresses so much he has more of them than I do. He also loves to paint his nails, wear jewellery and rocks a very cool tiny hair braid with a pink bead on the end. His favourite colours are pink and red.

I let him wear what he wants (most of the time, there are times when I can’t allow him to and he respects that) because to me, quite frankly, it shouldn’t and doesn’t matter. Why on earth girls should be the only ones to wear twirly, bright, colourful skirts, dresses, tops and stockings is beyond me. You might have an opinion about this, but honestly, I don’t care. 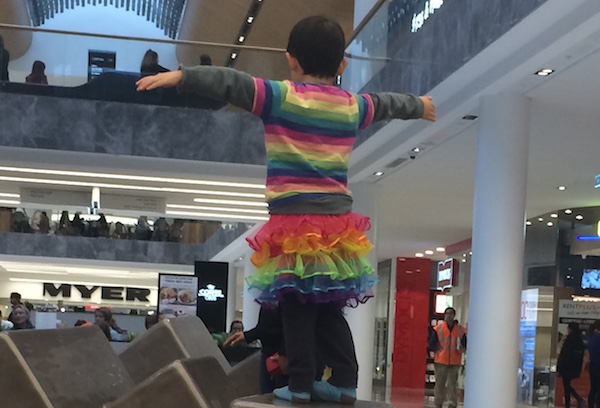 He loves rainbow colours, and why shouldn’t he?

What I do care about is why he loves to wear dresses, jewellery and a very cool hair braid with a pink bead on the end. When asked why he loves them so much, he replied “because people tell me I’m beautiful when I wear them”. My heart broke. Because as much as I tell him how gorgeous he is everyday (usually when he just wakes up with bed hair and pj’s on and in my mind I’m referring to his personality, not his appearance), I can’t control what other people say to him.

And I can’t control what other people say to girls.

I remember before I had my little boy that there was advice flying around that we shouldn’t be commenting on little girls’ appearance. From memory it was because they would start to identify with their appearance rather than their intellect and other skills. What I didn’t realise is that my little boy would also be affected by these compliments for girls.

But don’t get me wrong, I’m not worried about my little boy. He’s a well adjusted kid and we talk enough about these issues (age appropriately) that I know he’ll be ok. And I am also not into stopping people from being friendly and commenting, having a giggle and interacting with my boy – he loves the interaction with grown ups as much as the praise.

What I am worried about is the little boy who wants to wear dresses, who wants to feel special, who wants to be told he is beautiful by a complete stranger. The one who watches my boy get compliments and secretly yearns for the attention. Who was scolded when he played dress ups in mum’s skirts and heels. Who will grow up to become a woman, ashamed because he’s been told it is ‘wrong’. This is the boy who reinforces my instinct to nurture my son’s innocent beliefs that everyone is indeed equal.

There’s also a disconnect at his kindergarten. While he can wear a princess costume or fairy dress, he’s not allowed to wear his superhero dress ups. I understand that, generally speaking, superhero costumes bring out the more, shall we say, colourful behaviour in young boys. But it does seem rather unequal. That being said, it would pretty boring to ban it all – we have enough of a ‘nanny state’ as it is.

Before I go on, I must confess that my son doesn’t wear dresses as ‘dress ups’ like he does his superhero outfits. To him, they are his normal clothes and who am I to say otherwise?

The other confession I have to make is that at first, I was uncomfortable about it. At first he just liked pink – and I never had an issue with that – so when everything he chose was pink, I wasn’t surprised and I certainly didn’t care. But when he first asked to wear a skirt to kinder, I gently tried to convince him not to. But unfortunately for me, he is just like me and wouldn’t take no for an answer.

So I reflected on my parenting to date (well the parts I’m proud of) and realised that they were my issues willing him not to. I didn’t want him to be made fun of as I had been when I was a child. I didn’t want the attention drawn to me. And I didn’t want his perfect little world to be spoiled by social ignorance so young. So after I took stock of my own emotions, I decided to be the kind of parent who doesn’t dictate what my son should wear based on:

So I let him go forth and blossom and blossom he did. I am impressed by how much he doesn’t care if he is called a girl and how he has taught so many people to question the social ‘norm’. He didn’t just get his stubbornness from me, he also got the need to question everything.

We must bring it this issue into the home. With the government cuts to the safe school program – educating children on homosexuality and transgender issues – where does that leave our children’s sense of respect and equality? We must start by changing our own attitudes. Let’s provide safe environments for child exploration in a loving and accepting home.

That being said, I believe society is really moving forward and stepping out of social stereotypes that hold back the creativity and expression of our children. A number of mums (no fathers yet) have approached me to tell me how my child has opened up ideas for their own children. Why must skirts only be for girls? There’s a long way to go, of course. It took my husband a great deal of coaching and time to get used to the idea his little boy loves to wear dresses. But he did. And if he can, I have hope for the rest of the world who are still catching up. 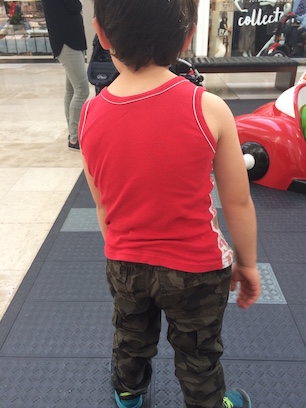 While the rest of society catches up, I’d love to be able to find some brightly coloured boys clothes. Let’s replace the dull greys, blues, blacks and totally impractical white clothes boys get to choose from. Then he can wear the full spectrum of clothes that he’d enjoy wearing. A batman logo on a rainbow striped shirt would be ideal. I’d also love to see people complementing all children. It doesn’t have to be for something so ‘out there’ as a sequinned pink tutu and leotard combo. For now, I’ll continue to let my son wear whatever he enjoys wearing. This week it’s army pants with SEVEN pockets.