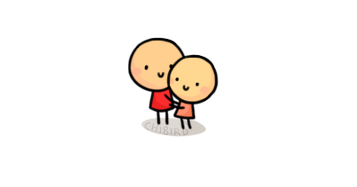 It has been a horrible week. Strangely normal, eerily ‘back-to-the-grind’ but overall horrible. Yesterday marked 4 weeks since my mum passed. It marked 4 weeks and 3 days since I last spoke to her. It marked a whole heap of new levels of missing someone. It also marked the first true realisation that I was never going to be able to pick up the phone and ask her for advice. Then I heard someone talking to their mum on the phone. It was meaningless, it was simple, it was brief, but it was enough.

My son has had a horrible week. He had a cough for a few days, nothing serious, but it meant his routine was affected. Missing out on kinder and seeing his little friends. Being looked after his grandparents all day instead of half the day. But something else was horrible for him. Each day, I would get reports that he was very upset and crying out for me. The first day I thought it was because he wasn’t well. The second day I started to get concerned. He pleaded with me to ‘just go to work for ONE day, mummy, not 3 days, just ONE day’. It broke my heart and I held him close and never wanted to let go.

But I had to let go and I hoped that by going back to kinder, he would feel more connected. I was wrong. He was terribly upset at kinder to the point that the teacher had to call me to console him. I went and held him close.

Then we had his swimming lesson and I saw it for myself. The teacher hadn’t even raised her voice, but I saw immediately that he didn’t understand why she was telling him he must not remove his ‘tank’. His face went blank, he seemed confused, then he fell into distressed crying and needed me immediately.

I held him close.

I held him close because that’s what he needed. He needed his mum. And I need mine. I need mine to ask her what I can do to help my little boy. My sweet little boy who is suffering right now. She has always had the answers. Even if I didn’t agree with them, I would bounce ideas off her and find my way through. Now that’s gone and I’m alone.

I just want mum to hold me close.